Music is the invisible yet OMNIPRESENT FORCE that connects, unifies and propels peoples, cultures, societies, events, quests – a transcendent experience programmed at the molecular level. Music is what makes humans HUMAN.

Every human being has the potential for music. Music Prodigy’s vision is that every human has access to personal music training to unlock his or her music potential – whether that’s accelerating skills learned in school programs or helping a child learn music in the remote reaches of a small village. 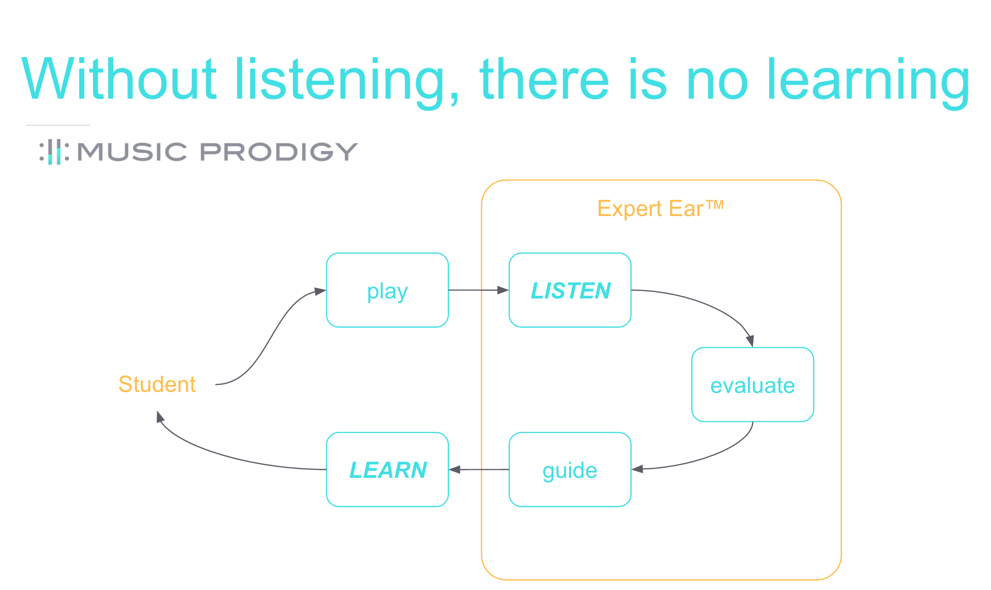 At the core of all of Music Prodigy’s platforms and products is the one-of-a-kind, unsurpassed “real-time polyphonic pitch recognition” listening technology, which is also called “automated music evaluation.” It is why with Music Prodigy, it’s NOW POSSIBLE for every human to unlock his or her musical potential: 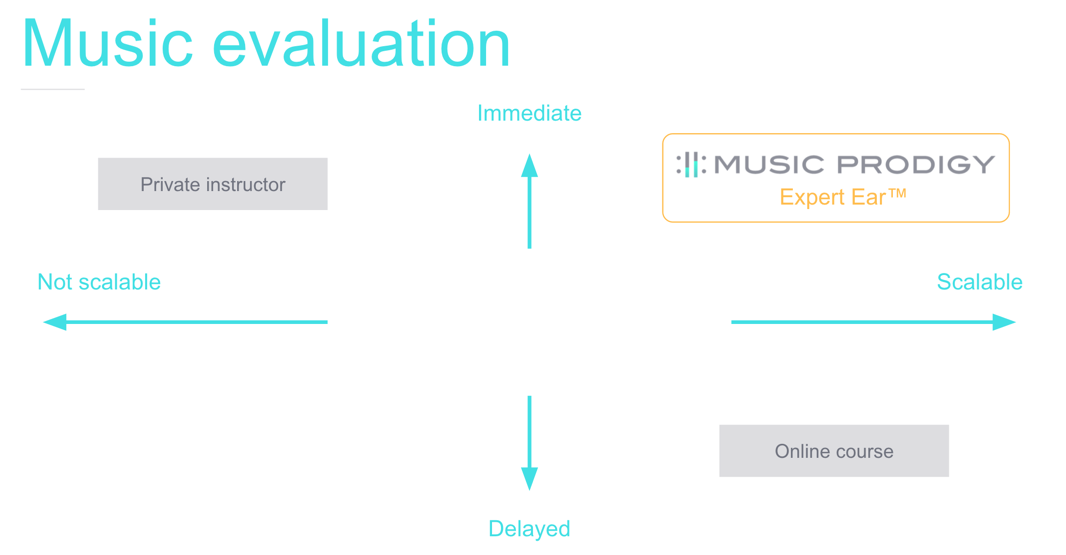 Because Music Prodigy listens to students practice, we can measure how well they are doing and QUANTIFY the increase in music proficiency. This performance reporting is crucial for school administrators, as well as younger generations who are now growing up with mobile devices and expect instant feedback from apps and devices. 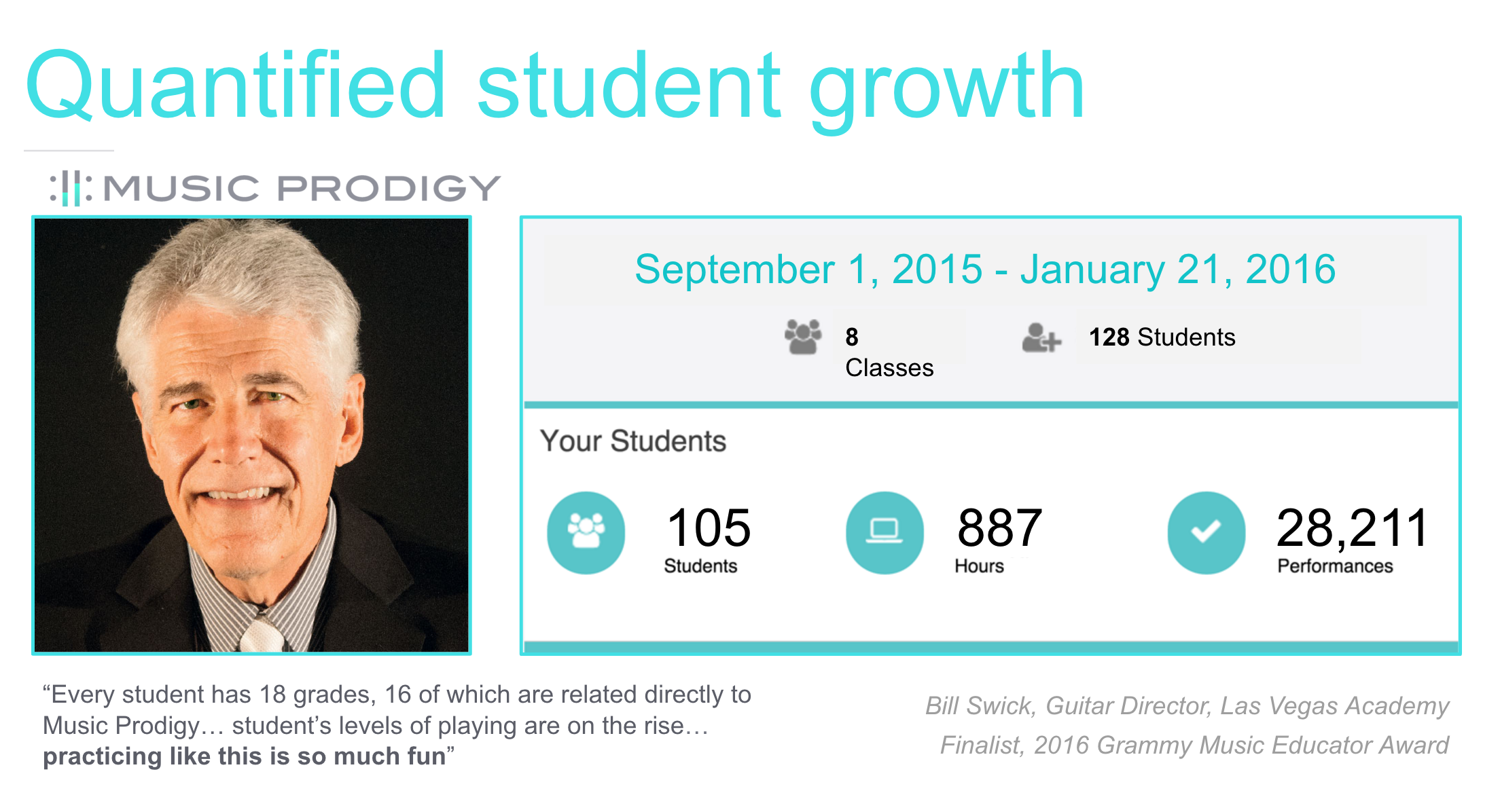 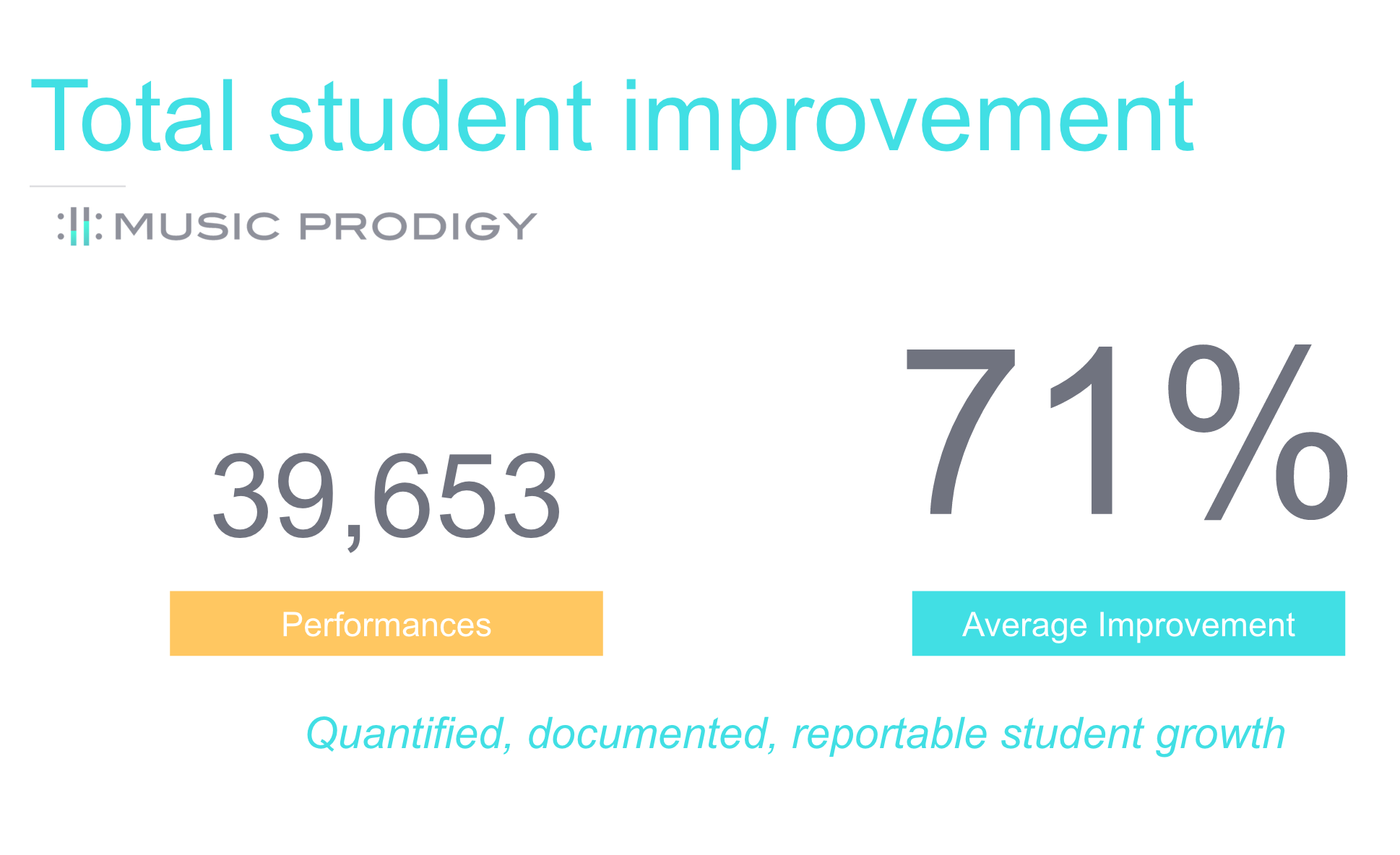 The Music Prodigy team: unlocking music potential in humans is our PASSION and EXPERTISE. As students, teachers and scientists, music, education, technology and innovation are part of Music Prodigy's DNA. 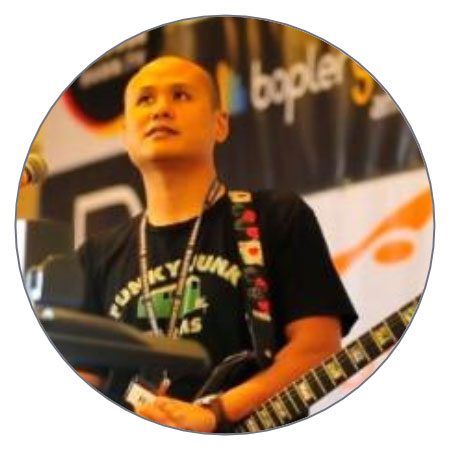 Prior to Co-founding Music Prodigy in 2008 with Tyson Butler, Harold was Director of Marketing at Guitar Center. He grew and led radio advertising and direct marketing from a regional 18-store chain to a national 214-store chain. In addition to performing duties like design, copywriting, music composition and recording, he also launched Guitar Center's' marketing assets and planning intranet, along with a centralized advertising media distribution for in-store advertising.

In 2009, he and Roger Dannenberg patented the underlying real-time polyphonic pitch detection technology powering Music Prodigy. In 2013, Harold, Roger Dannenberg, Zeyu Jin, Richard Gard and others filed another patent for real-time vocal quality performance evaluation. Harold has led the Music Prodigy development and engineering team while recruiting world class music technology and education talent. The Music Prodigy team have an unrelenting drive to innovate tools, technologies and services to spread music education. Each member on the team has made it his/her lifelong devotion to music, education and technology.

Harold studied Jazz Guitar at Berklee and Classical Guitar at UCSB before receiving his B.A. in Musicology at UCLA. He's performed in independent bands in Southern California since 1990 and toured professionally until 1995. He enjoys using all facets of music making including notation, recording, mixing, sequencing and engineering. 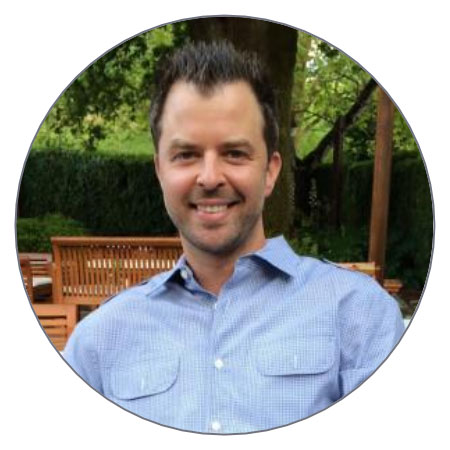 Tyson is the Co-Founder and COO/CFO of the company where he focuses on business strategy, development, finance, sales and operations. Tyson’s background includes cross-industry, Fortune 500 experience, specializing in the development and execution of business strategies, financial analyses and operational improvement plans. His experience spans industries such as legal services, manufacturing, financial services, diversified electronics, telecommunications and more. Prior to starting Music Prodigy, Tyson held senior leadership positions at O’Melveny & Myers and KPMG. Tyson holds a B.A. in Accounting and Finance from the University of Arizona and an M.B.A. from UCLA Anderson. 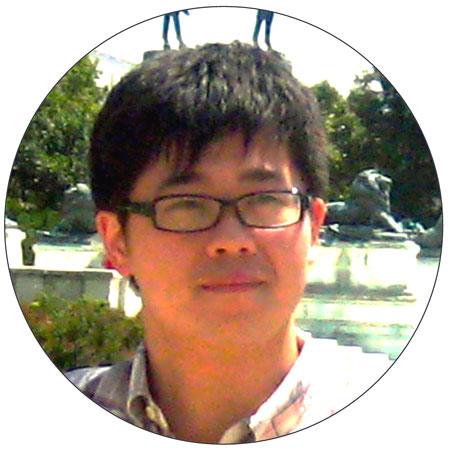 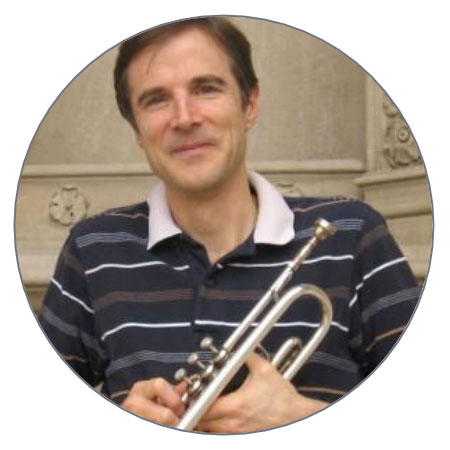 Roger B. Dannenberg is a pioneer in the field of computer music. His current work includes research on interactive music systems, content-based music retrieval, interactive media, and high-level languages for sound synthesis. His research on computer accompaniment led to a patent and eventually to the development of a commercial product, SmartMusic, in use by over 75,000 music students around the world. He has published over 100 research articles in books, journals, and conference proceedings.

Dr. Dannenberg is also an active trumpet player and composer. He has performed in concert halls ranging from the historic Apollo Theater in Harlem to the modern Espace de Projection at IRCAM in Paris. His most recent musical efforts involve real-time computer graphics and computer music systems that interact with live musicians. Dannenberg also performs regularly with the Roger Humphries Big Band and the Capgun Quartet in Pittsburgh. 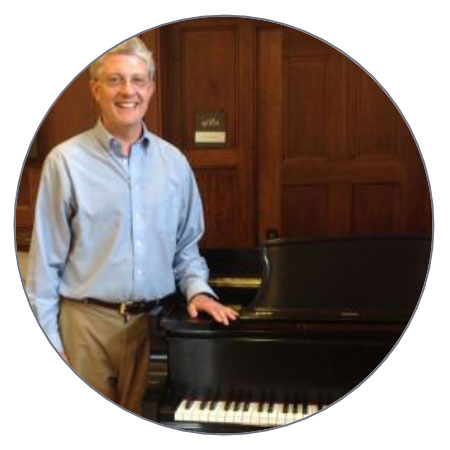 Richard Gard’s musical activity is centered at Yale University where he is the Director of Music at Saint Thomas More Chapel at Yale and Director of its Center for Music and Liturgy. Richard is also a long-time member of the faculty at the Yale School of Music, and Director of Undergraduate and Graduate Music Lessons for the University.

Richard has performed throughout Europe, Australia, and the United States but now focuses his performing in the New Haven area. He is the conductor of the New Haven Ballet Orchestra as well as the director of all vocal and chamber ensembles at Saint Thomas More Chapel.

Music Prodigy’s patented and patents-pending technology and proprietary teaching method enables any aspiring musician to learn any instrument, at any level of expertise, anywhere.

We are obsessed with offering the single best system to teach anyone to be musical.

Music learning should be fun, easy, and accessible. We’ve combined the latest technology to develop the most innovative new platform for music learning ever created, using the concepts of multi-sensory input, an enjoyable learning environment, objective analysis, objective feedback, and data tracking. Our products help you learn faster and better. 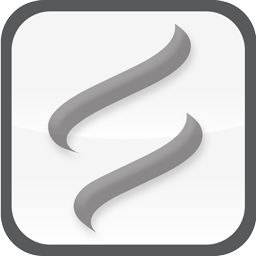